Is this just pregnancy insomnia or perinatal anxiety? 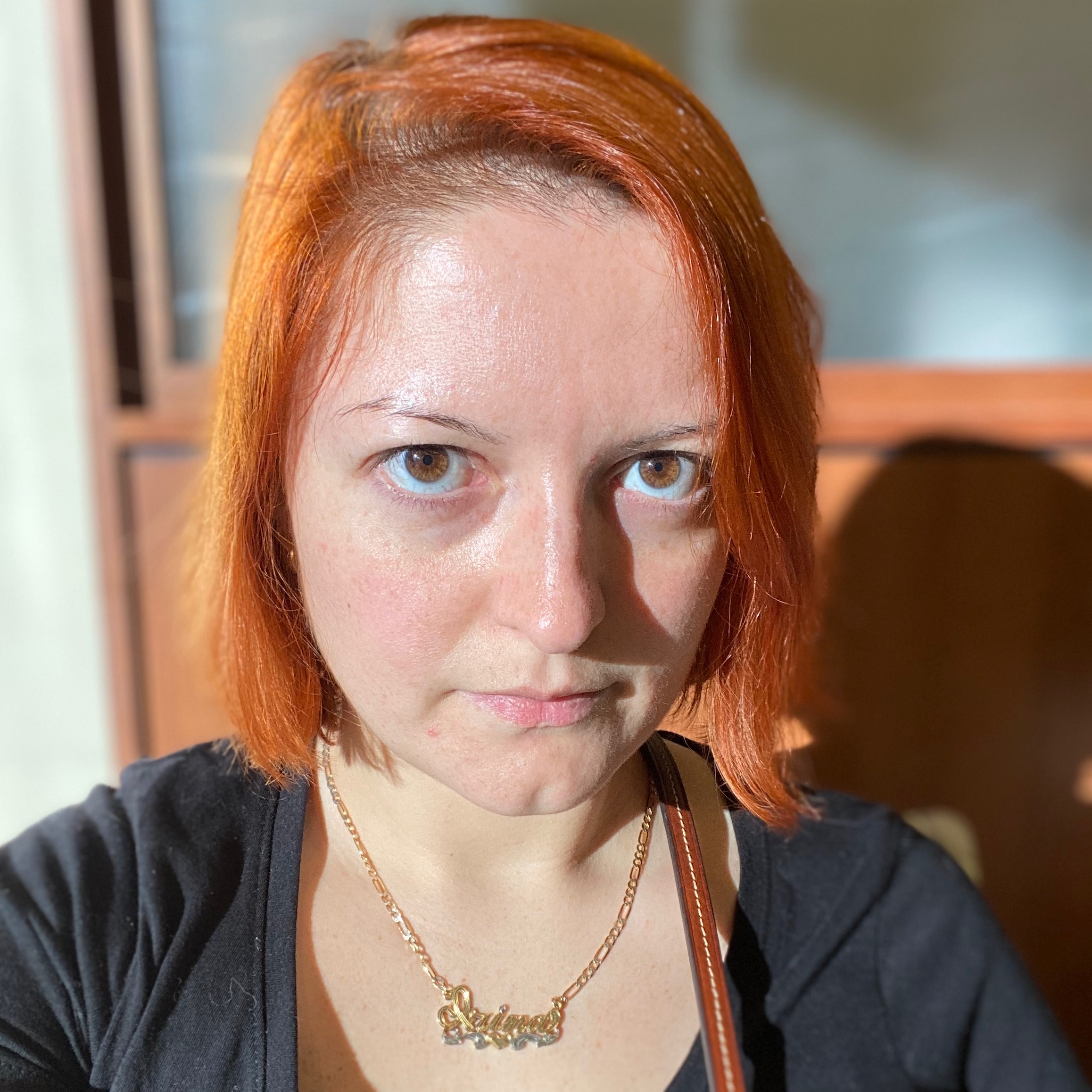 It’s currently six in the morning and I have been awake since roughly 1:58am.

This has been my ongoing struggle for the past couple of months. You see, I am approaching the 30th week of pregnancy and extremely excited (and nervous) to welcome my first child with the love of my life.

A year ago, we had just started “trying” to get pregnant (after a wonderful first year of marriage when we bought a house together). In April, I found out I was pregnant and had a miscarriage just a couple of weeks later. We kept trying, though, and I peed on a positive pregnancy stick once more the day after we got back from an amazing trip to Universal Orlando.

Everything seemed to be going well. I had the usual worries and anxieties in the first trimester of pregnancy — and some added fears because of my previous experience with pregnancy loss. Still, we kept going and everything seemed to be as pleasant as possible with Baby Gonski. Sure, I was tired as fuck and sleeping 10-11 hours a night in those first 13 or so weeks but I was also pretty thrilled.

And yet… Things didn’t seem to calm down very much after I hit the big milestone of reaching the second trimester (when miscarriage risk goes down significantly).

I was seeing my OBGYN about once a month at that point and, like clockwork, every week before an appointment I was overwhelmed with newfound fears and worries. What if the baby had stopped growing? What if the baby had unexpectedly died and we didn’t know that? What if there was a deformity or other life-threatening issue? Every appointment went well, though, and we were overjoyed to see that everything was developing normally during the mid-pregnancy ultrasound.

It should have been the end of the story, yet it wasn’t.

Shortly after my 20-week scan, when we saw Baby Gonski’s sex confirmed (we had already known it thanks to blood tests) and all of their little body parts, I started to sleep badly.

Unlike the extreme tiredness of the first trimester, when I slept almost half of the day and still felt like I could nap most days and was pretty worn-out by 4pm, I started waking up in the middle of the night. This wasn’t really unusual as I had been waking up in the middle of the night since early on thanks to needing to pee due to increased water intake, hormones, etc., but this time I was having a difficult time going back to sleep.

Some days were okay but others were not. I would wake up in the middle of the night, sometime between 2am and 5am, then toss and turn for an hour. At that point, I would typically give up trying to fall back asleep and just turn to my phone for some light reading. I know that the phone is that last thing I should be looking at in the middle of the night but the truth is that I was frustrated by my own racing thoughts and needed a distraction. So, the phone came on and I read articles or played around on social media until sometime between 6am and 8am, at which point I was finally able to drift off for another hour or two of sleep.

Seriously, though, what was going on?

When I talked to my doctor about it, she recommended that I take Unisom to help me sleep. “Sleep while you can!” she said. At first, I was hesitant to take medication and instead started a nightly routine of melatonin supplements. Eventually, though, I gave in and took Unisom every single day for just over two weeks. My doctor said it was fine and it did, thankfully, help me sleep through the night (or, at least, it helped me fall back asleep quickly during those middle-of-the-night pee breaks) but it eventually stopped working. I guess I must have developed an immunity.

This was at the end of November and, since then, the situation hasn’t really improved much.

My sleep these days can be described as erratic at best. Although I have traditionally been someone who slept around 8-9 hours a night, these days I am lucky if I can get a consecutive five hours before I wake up and can’t shut my brain off long enough to drift off again. Some days are better than others. Some days I can even take a Unisom again and it works (about once a week) while other days I’m so tired from several nights of bad sleep that I end up sleeping just fine. But most days are, well, not so great.

The thing that gets me about these nights of interrupted sleep is that I am not sure what I am dealing with. The more I think about it (and the more research I do), the more I am wondering if what I am experiencing is perinatal anxiety instead of just typical pregnancy insomnia.

Both are things that are common for pregnant women. In fact, 64% of women experience pregnancy insomnia in the third trimester, according to a study published in the European Journal of Obstetrics & Gynecology and Reproductive Biology. Meanwhile, somewhere around 15-20% of women experience perinatal mood disorders such as anxiety and depression, according to Postpartum Support International. But which one do I have?

As someone with a diagnosed generalized anxiety disorder (GAD), I really have to wonder. My mind has always been the kind of mind to have racing, worrying thoughts. In fact, during my drinking days, I often described the feeling of “can’t turn my brain off” as a reason why I was using alcohol to cope. It turns out that I was using alcohol to cope with anxiety all along. I don’t do that anymore, of course, but that “can’t turn my brain off” feeling has always remained. And, to be honest, it seems to be getting worse lately.

When I wake up in the middle of the night and can’t fall back asleep, I wonder if what I am experiencing is just insomnia due to discomfort and hormones or perinatal anxiety that keeps me worrying excessively. During those nights when I just can’t turn my brain off to fall back asleep, I tend to think about anything and everything. Sometimes, it’s worrying about something baby-related but a lot of the time it’s just worrying. I’m stressing about work or my career or my marriage or my house or my pets or my baby. A lot of the time, the stress isn’t even that bad. It’s mild, considering, but it’s there. It’s there and it won’t shut the hell up.

So, what is that? A diagnosis of “excessive worrying”?

“Excessive worry that’s difficult to control” is one of the criteria for anxiety during pregnancy, according to Parents. Some of the others being irritability, tension/muscle aches — which I don’t have — and feeling restless inside, fatigue, and poor concentration — which I do have. And, of course, disrupted sleep patterns.

Is that it then? Do I have prenatal anxiety? I mean, I’m at risk for it thanks to my already diagnosed GAD, a history of pregnancy loss, and “stressful events” in the past year.

I won’t know the answer to that until I talk to my doctor later this week. I’m also planning to speak with my therapist, who I haven’t seen since early December, at our appointment next week. I’m looking forward to both of those chats but, at the same time, I am worried.

I worry that I’m overblowing the problem. That it’s really not that bad. I mean, I’m losing sleep some nights. What’s the big deal? But I also worry that it is that bad. That I will need medication (which is not a route I want to go down because, yes, I’m scared). That I will continue to develop worse symptoms and it’ll get really bad after the baby comes. I don’t want that.

I want to be present for my baby. That’s my only real goal for 2020, after all. But I’m scared of what all of this means and of how bad it might get before it gets better. Will it even get better? I don’t know yet. I can’t know yet, of course. But I guess taking the first step in having a real chat with my medical professionals is a good way to start. Here’s hoping, anyway.

Author: Irina Gonzalez
Filed Under: Health
Tags: anxiety, pregnant
50 Ways I tried to heal after a miscarriage
My breastfeeding journey has been tough but wonderful