Why Buffy the Vampire Slayer is still important 20 years later 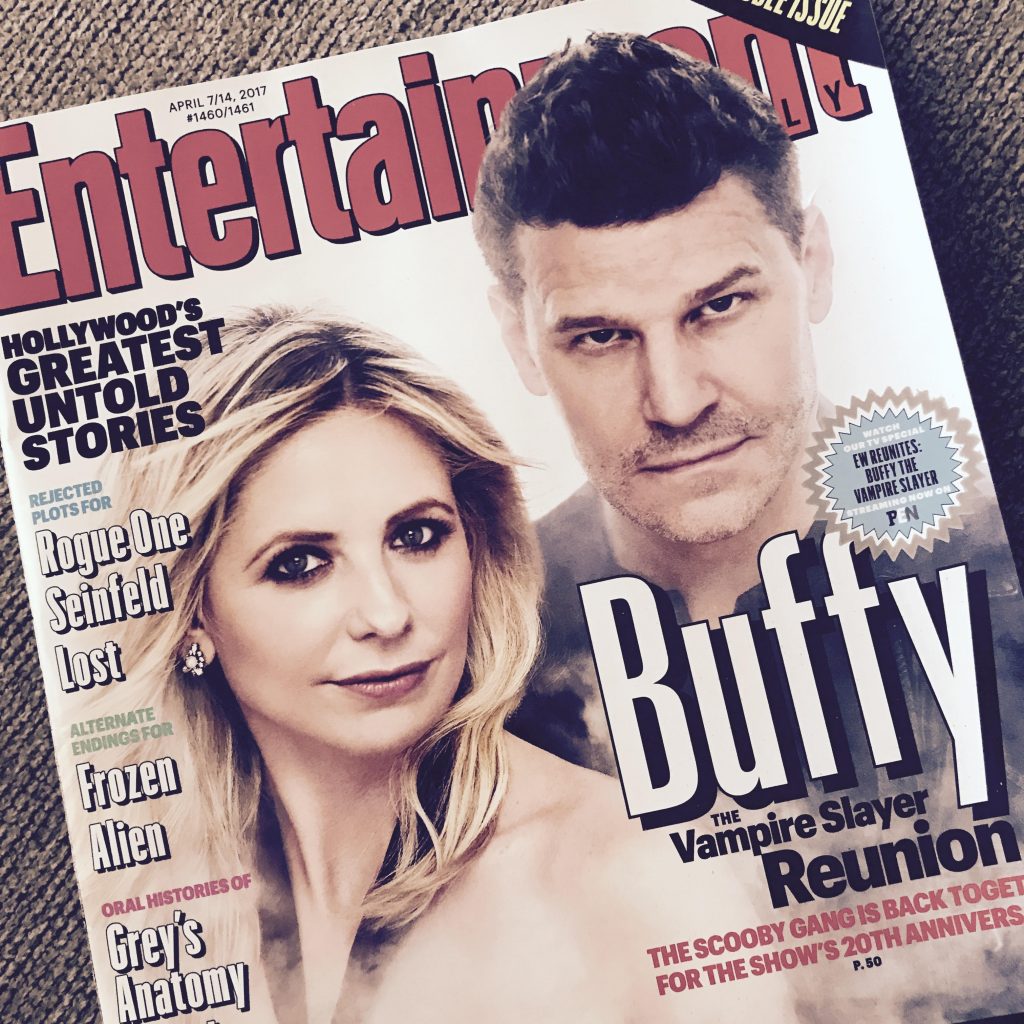 The proudest moment of my career (so far) happened earlier last month when VICE published my piece titled “How Willow from ‘Buffy’ Helped Me Come Out.”

Not only did the piece go up the morning of the 20th anniversary of the television premiere of Buffy the Vampire Slayer, but it was also featured at the very top of their website for the entire day. Seriously, that’s a HUGE honor for any writer but especially awesome since it was my first piece for them.

The thing that was even more touching to me, however, is that I was able to honor of one of my all-time favorite TV shows in this very special way.

The truth is that BTVS (as we fans frequently call it) has held a special place in my heart for a very long time. Not only did the show legitimately help me come out, but it generally left an impact on me that has lasted through the rest of my life.

When I first heard of BTVS, I wasn’t impressed. I never really watched it when it first started but got into it at age 16 when a couple of my high school friends became pretty obsessed. Soon enough, I was driving around in my car with friends as we all sang along to the musical episode’s soundtrack at the top of our lungs.

I remember endlessly debating the Team Angel vs. Team Spike situation (#TeamAngelForever), and grieving when the show ended just a year before I graduated high school – which was just a year after I discovered it. In a way, it felt as if BTVS entered and left my life far too soon.

What I didn’t know at the time, however, was how much impact Buffy, Willow, Xander, Giles, Angel and the rest of the gang would have on my life.

It’s no understatement that BTVS helped to solidify some friendships for me at school (and in the years that followed), but the biggest impact that the show had (besides helping me come out, of course) is what many girls and women saw in Joss Whedon’s work – a kick-ass heroine who could be funny, pretty, awkward, loud and all-around awesome.

Although I always related more to Willow (hello, I even have red hair now!) than Buffy, I could still love and appreciate Buffy for everything that she was. She was a great leader and phenomenal title character. The show was funny and quirky and spoke to my adolescent and teen self in a way that I found freeing.

I don’t know how Joss managed to do it, but I felt more and more like myself the more I watched Buffy stumble through life with a wealth of responsibilities. She didn’t always succeed in picking out the right outfit, but she always saved the world.

When I read the recent issue of Entertainment Weekly featuring Sarah Michelle Gellar and David Boreanaz on the cover, I was thrilled to travel back into the Buffyverse to read how the cast (all except Giles!) reflect on the show 20 years later and what it has meant to them. Joss even calls Buffy and Angel the greatest love story ever told, so take THAT, #TeamSpike!

A lot has happened in the world since the show first premiered on March 10, 1997. But while it may not be the happiest place right now, it’s important to recognize all of the positive changes that have happened too. For me, the biggest (and happiest) is the nationwide legalization of gay marriage.

I remember doing a big report on gay marriage and civil unions during my senior year of high school, in Fall of 2003 just after the show ended, when very few states even wanted to talk about that kind of thing. And now it’s nationwide law! That’s amazing, truly.

For the past year, I’ve actually been re-watching Buffy the Vampire Slayer with my boyfriend Adam. It took us almost 11 months to get through the show, but it was sooooo worth it to share something I truly love with the person I love most in the world. Being a big Joss Whedon fan already, he loved it of course.

But more than that, watching the show with him this past year served as a great reminder for me about why I loved it in the first place. Of course, like most devoted fans, I’ve gone through the entire series 4 or 5 times already. Watching it all once more was a joy and, as the 20th anniversary came and went, I’m glad to have spent time with the Scooby Gang once more.

After all, if it wasn’t for them, I might have never come into my own as a proud bisexual woman as early as I did. And that’s something I will forever be grateful for.

To read my piece “How Willow from ‘Buffy’ Helped Me Come Out” on VICE, click here!

Author: Irina Gonzalez
Filed Under: Writing
Tags: bisexual, Buffy, freelance writing
The reality of dating as a bisexual Latina
Here’s what I learned about partying sober since I gave up alcohol