When did I become that person who calls her car “my baby”? 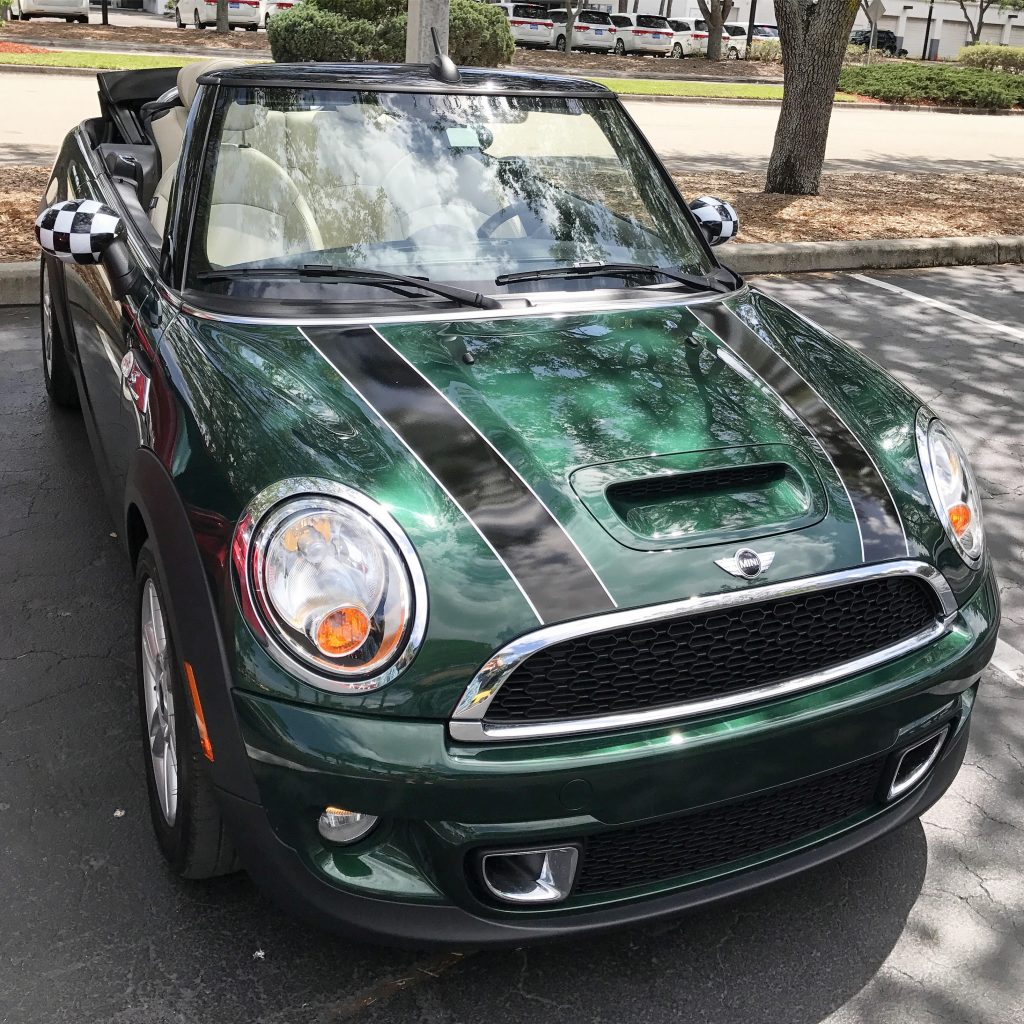 This time last year, I was finishing packing up my apartment in New York City after 12 happy years spent as a New Yorker.

I left primarily because I needed a break from city life to recharge and figure out the next steps in my career and future in general. As I probably should have guessed, life has taken me in completely unexpected directions ever since. And one of those directions, weirdly enough, has been my new identity as a car owner.

Last July, I wrote on my portfolio site about the question: To car or not to car? I considered all of the reasons that I should and shouldn’t buy a car at that point in time, after living in my home state of Florida for three months, and ultimately concluded that I just didn’t need one at the time.

Back then, I had just started living with my boyfriend Adam and working from home. He has a great car (which I love) and it just didn’t seem necessary for a two-person household to have two cars when one of those people really doesn’t have a necessity to leave the house during the week. Whenever I did need to leave the house, we worked around it and usually just went together. That mostly meant grocery shopping and social plans, and it was fine.

For a while, we even had a nice thing going with him taking me to the local Starbucks a couple days a week to work, and then picking me up to bring me home around lunch. That worked quite fine, actually, until we moved apartments and it was no longer convenient.

As time went on, the need for a car increased.

But still, we resisted. For one thing, getting a car costs money. And not a little bit of money but typically several hundred dollars a month in car payments, and that was just not an expense I was looking forward to. Not to mention, of course, car insurance and gas.

Secondly, I was still working from home (and quite happy with that setup) and wasn’t sure that it was worth getting a car if I am only using it, at most, twice a week. Considering the expense and how little I actually needed a car, it seemed almost silly to get one. However, I’ll admit, there were moments when it would have been convenient if I could take the car on my own… which, sadly, I couldn’t since Adam’s car is a manual and I can’t drive stick. However, we formulated a plan to teach me how to drive his car and avoid spending the money on one for me.

And then I met her.

On a sunny day back at the start of February, we went with our friends to the Naples 5th Avenue Ferrari Show. It’s basically where all of these people that have ridiculously expensive cars go and show them off once a year, and it was fun to see. As you might expect, there were also a lot of car companies there – including MINI of Fort Myers.

Here’s the funny thing: When I originally planned to move out of NYC, I had planned to get a MINI eventually. I have loved MINI Coopers for many years now, mainly because its small size seemed just perfect for my 5’2″ frame. And I still occasionally passed by the dealership and thought about it or even looked at used MINIs available online.

When we came to the MINI of Fort Myers booth at the Naples Car Show, however, we discovered that the friends we were there with were friendly with Jerry – the guy staffing the booth. They themselves had gone through four MINIs already, and were big fans. I sat in the MINIs they had there, and discovered that I totally loved the convertible and new color available on the newer models (Caribbean Aqua Metallic).

We weren’t planning to get a new car, though… but then Jerry told us all about this cute little convertible MINI that had come in the night before. It hadn’t even been detailed yet and didn’t have a price tag, but the car sounded kind of perfect: It was a 2014 MINI in British Racing Green with tan leather seats, and it was a convertible!

I had been joking to Adam for months now that, if we were to get a car, then we might as well get a convertible. Not only have I dreamed of a convertible car ever since I came to the U.S. at age eight, but I figured that if we were going to get a car and barely use it, then we might as well make it an extra-fun car so that we can use it for extra-fun weekend trips. I know that might be a silly plan, but it made logical sense to me at the time.

Well, long story short, WE GOT THE CAR.

In one afternoon, we went from occasionally thinking we might need one soon but would power through for a while without one… to being bonafide car owners to this cute 3-year-old MINI with only 3,000 miles on her (definitely one of the top selling points too, TBH).

Instantly, I fell in love. I mean, that’s why we got the car in the first place, isn’t it? It may have been a slightly impulsive decision, but the truth is that not having my own mode of transportation for when I needed it was starting to get more and more difficult. And the fact that this was the exact car I wanted (a MINI, convertible, great condition) was just the cherry on top. And although originally I had dreamed of a red car, I immediately got into the British Racing Green color.

She’s a little speedster, in fact, and I decided to name the car Elphaba after the main character (whose skin color is green) in my favorite Broadway musical, Wicked. I call her Elphie for short.

Dorky? Absolutely. Adam laughed and made fun of me for the car name, but he also agrees that it’s weirdly perfect for me.

Now here’s the thing: I never thought that I would become the kind of car person who would, ya know, name their car and call the car “my baby” but that’s exactly what has happened in the two months since I have been a car owner.

This past weekend, we got my baby (yes, I’m really saying that!) back to the dealership in order to outfit her. Don’t judge me, but one of the fun parts of owning a MINI is that there’s all kinds of accessories for the car. And it had been our plan since day one to get her racing stripes and checkerboard side mirrors. Courtesy of my parent’s birthday present and income from one of my recent freelance pieces, here she is!

It’s been a really weird transition from being a total New York City girl who was more than happy to spend the rest of my life commuting via subway to being a happy car owner who’s thrilled whenever I get to take her out for a spin.

In fact, I’ve noticed that there’s nothing quite like a short drive (even just to meet a friend for coffee) with the top down and the sun shining down on me to lift my mood.

And that’s the whole point, isn’t it? Since I’m making a commitment to be happier right now anyway, I’m admitting that my car makes me happy.

Maybe it’s a bit shallow of me, sure, but we have to take our wins wherever we can find them. Right now, I’m happily settling into my new identity as a newly minted car person. It feels a little bit weird sometimes but then I walk outside and see Elphie and, well… I’m totally cool with people thinking that I’m weird while I drive down the street with the top down while blasting Broadway songs and singing at the top of my lungs. It makes me happy, period.

Author: Irina Gonzalez
Filed Under: Money
Tags: car, fun
Thoughts on turning 31… and the
future of Map Your 30s blog
A year ago, I was single, unemployed, homeless, broke, fat and drunk