Dear Chris Rock, did you forget about Latinos and all OTHER minorities? 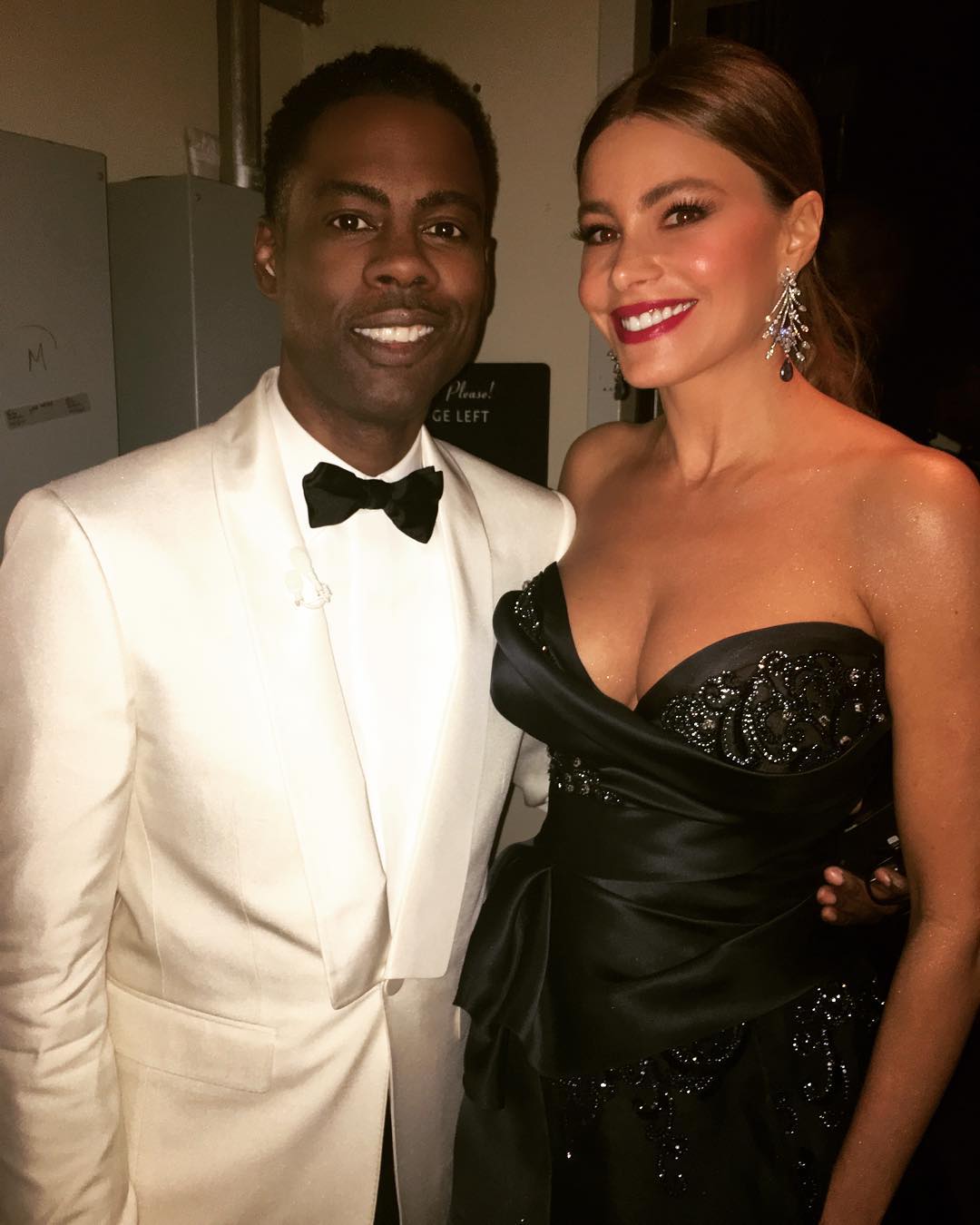 I’ve been watching The Oscars for almost as long as I can remember. It all started with the year that Titanic won (duh) and I haven’t stopped since. I love the glitz and glamour, the Best and Worst Dressed lists, the opening monologues that make me laugh and the speeches that make me cry. But most of all, I love movies and I wait in jittery anticipation to see who won – and who lost – every year.

While I’ve been upset at some wins and losses in the past, there is a special kind of “upset” that one gets when the #OscarsSoWhite conversation comes up as it did in a BIG way (again) this year.

To be honest, I seriously considered boycotting the telecast this year… but in the end, decided that I wasn’t going to break my decades-long streak of watching. And with Chris Rock hosting, I knew that we were in for quite a show, and it all began with an outstanding opening monologue where he both criticized The Academy and made fun of the situation. It was hysterical, and totally on-point. Except one little thing…

Um, Mr. Rock, did you forget about Latinos and all of the OTHER minorities that are being ignored this year alongside nomination-worthy black actors like Will Smith (Concussion), Michael B. Jordan (Creed) and Idris Elba (Beasts of No Nation)?

As I watched and laughed alongside the audience, I couldn’t help but notice the pit forming in my stomach over the lack of diversity when Chris Rock says “we got black Rocky this year” and Whoopi Goldberg making fun of Jennifer Lawrence’s Joy in a mini-montage featuring some of the year’s top movies and hysterical cameos by black actors.

Where have all the Latinos gone?

And for that matter, where is the conversation that includes Asian, Middle Eastern, Native American and other minority actors as well? I thought the #OscarsSoWhite movement was about all of us, not just the obvious exclusion of African American actors and a host who can speak to the conversation from a personal level.

That’s not to say we’re always excluded. Last year Alejandro González Iñárritu won Best Achievement in Directing for the wonderful Birdman (as well as Best Motion Picture and Best Original Screenplay). This year he won again for The Revenant, which also took home Best Performance by an Actor in a Leading Role for Leonardo DiCaprio. His buddy Emmanuel Lubezki won Best Achievement in Cinematography for the third year in a row; for Gravity in 2013, last year for Birdman and this year for The Revenant as well.

And some people indeed ARE talking about Latinos, those people being primarily Eva Longoria and her support of the Brown Ribbon Campaign, which urged those attending this year’s ceremony to wear brown ribbons to bring awareness to the lack of Latino representation in films. Plus, of course, Sofia Vergara and Benicio del Toro both presented awards during the 88th Academy Awards.

For their part, though, Chris Rock and the Oscars writers are more than happy to joke about #OscarsSoWhite, from Angela Bassett introducing Jack Black in a video celebrating Black History Month (ha!) to Rock interviewing real people in front of his favorite movie theater in Compton, Los Angeles. And while I can’t help but laugh, deep down I am very bothered by the lack of inclusion for those of us who belong to other minority groups.

What about a mention of Benicio del Toro’s performance in Sicario or…? Okay, I admit it: I couldn’t come up with another non-black minority name to add to this list, which speaks volumes about the kind of roles that simply aren’t being made available to Asian-American, Middle Eastern, Native American, Latino and other minority actors. And I understand that this isn’t something that The Academy can control, because after all you can’t give out awards for roles that simply aren’t there.

I know I’m not the only one frustrated by this, because the #OscarsSoWhite movement has brought about real changes in the way The Academy handles things, including enacting what have been called “historic changes” that hope to diversify its membership and Cheryl Boone Isaacs’s powerful speech toward the end of the telecast in which she stressed that everyone in the audience is an agent of change and that “together we can shape a future in which all of us can be proud.”

But as we talk (and joke) about it openly all though the actual awards ceremony this year, I am left increasingly frustrated that the conversation is still not inclusive enough. Seriously, Chris Rock, did you forget about the rest of us? (And no, a single joke about Asian kids making our smart phones doesn’t count.)

I’m happy to celebrate Gabriel Osorio and Pato Escala’s win for Best Animated Short Film for Bear Story and Sharmeen Obaid-Chinoy’s win for Best Documentary Short for A Girl in the River: The Price of Forgiveness (about 18-year-old Saba, a Pakistani girl who was targeted as a victim of a religiously motivated honor killing and survived). And while I’m even happier to celebrate Emmanuel Lubezki’s third win and Alejandro González Iñárritu’s second win in a row – and the third year in a row that a Mexican director takes home the prize – it saddens me that The Academy still just can’t get it right when it comes to including all of us in the conversation.

As Mr. Iñárritu put it in his acceptance speech: now is our time to liberate ourselves from all prejudices and “make sure once and forever that the color of your skin becomes are irrelevant as the length of our hair.”

Here’s hoping that next year many minorities are included in Oscar categories. Or, at least, in the jokes about why #OscarsSoWhite is happening yet again…

Author: Irina Gonzalez
Filed Under: Writing
Tags: Latina, Oscars
The Flama: February 2016
When overthinking gets in the way of my writing