My breastfeeding journey has been tough but wonderful 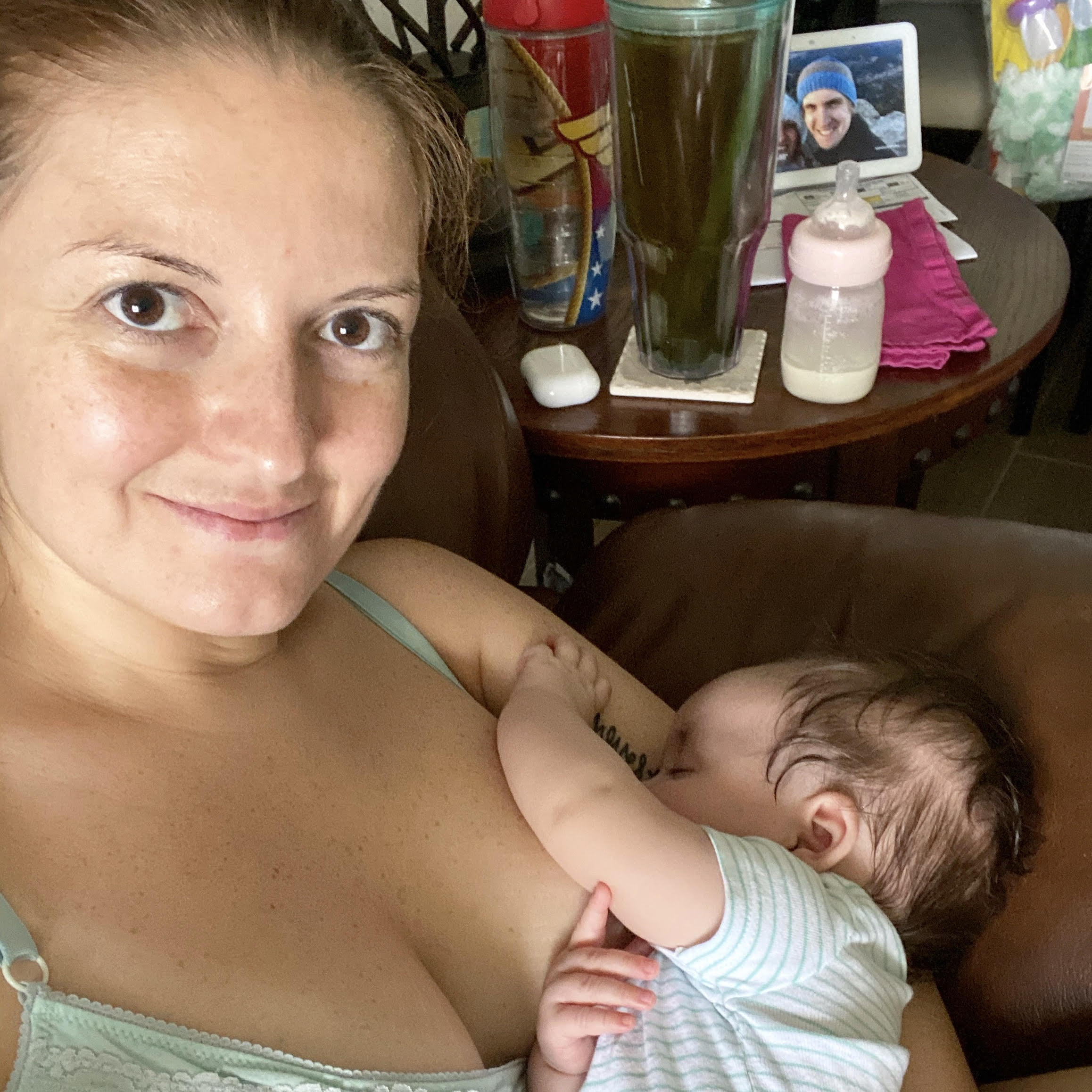 It’s the last day of World Breastfeeding Week and I wanted to share a bit about my journey because, well, it’s been a tough road.

When I first had Rio, he latched pretty immediately. In the hospital, a lactation consultant came by to give me a few pointers but, in general, we were off to a great start. I felt pretty confident and knowledgeable about the topic thanks to several friends who are breastfeeding queens and the Breastfeeding 101 class that Adam and I took at our local hospital. That is the no.1 class I recommend to all expecting moms because I walked away with SO much knowledge that I felt I could really do this. And then life had other plans…

In our first visit with the pediatrician, she was concerned because Rio had lost 11% of his body weight. My milk had just come in that afternoon but I felt confident it would be okay. Still, she gave me the # of a local lactation consultant and a few samples of formula. Our pediatrician assured me that IF I have to supplement, it doesn’t have to be forever. It can just be a little bit. But I was still determined to exclusively breastfeed, so I smiled and took the formula but planned not to use it.

Then came a rough night and day where Rio was clearly NOT happy. He barely slept (which means we barely slept) and seemed to constantly be breastfeeding. He just wasn’t happy or satisfied and, after two 45-minute rounds at each breast, he was still clearly fussy and hungry. So, I gave in. We gave him a little bit of formula and my fussy baby transformed.

Since then, my breastfeeding journey took a few turns. I met (virtually) with the local lactation specialist and she helped me to get rid of sore nipples and advised me on how to get more milk (LOTS of pumping!). But nothing seemed to work. I would produce barely 0.5oz at a time. And, to be honest, I hated pumping. It took away from Rio breastfeeding and took away from the joy I got when he snuggled and slept on me afterward. So, I gave up pumping — especially once I realized that I have insufficient glandular tissue. No matter how hard I tried, I’d never produce much more (though I am up to 1oz these days).

It was a HUGE blow. I didn’t want to supplement with formula. I didn’t want to not be able to feed my baby, to provide life sustenance for him. I felt so depleted… but I kept going. I realized that this wasn’t about me or what I wanted. This was about my baby and HIS needs. And what he needed was a mommy who loved him and who could nourish him in whatever way she could — which, yes, has meant formula.

But you know what? It’s meant breastfeeding too. When we saw my pediatrician a few more times during that first month, she reassured me that it was all going to be okay, that my baby was getting what he needs from both me and from the formula. So I decided to give up the guilt and just keep going, keep doing the best I can even when I felt a little bit like a failure in my first true test of motherhood.

But it all turned out okay. He happily had formula and breastfed, too. We never had any issues with latch or bloody nipples or clogged ducts or nipple confusion. He breastfed, then had some formula, and he was satisfied. It took me a while to recognize how magical it was that, even if I can’t provide for ALL of my baby’s nutrition, I could still do my best with what I had.

Today, four months later, we’re still breastfeeding. As his calorie needs grow, he has more and more formula these days. But I’m still able to breastfeed him several times a day, and I absolutely adore those moments. Even if this is not the journey I imagined, it’s OUR journey. His and mine. And you know what? Those snuggles — whether after a boob or a bottle — are SO worth it.