Here’s what happens when a writer has too many ideas 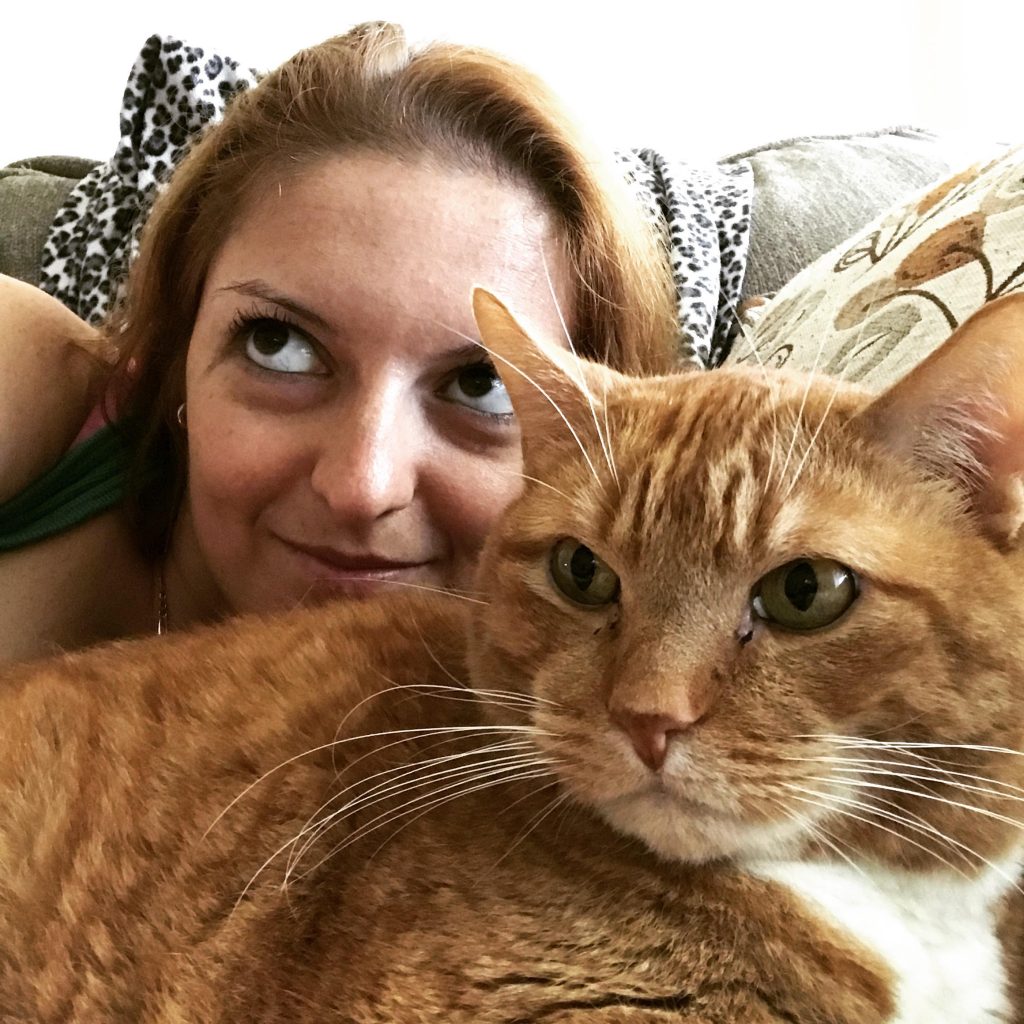 So if you’ve spent any amount of time around me in real life, then you probably know one thing about me: I get easily excited.

I don’t know if I would consider myself a super impulsive person, but I’m not not an impulsive person. I think my life partner Adam would probably disagree with that statement, actually, as he’s mentioned my impulsivity a few times here and there (and by “few” I mean… maybe many).

What I consider myself, actually, is an ideas person.

I get ideas all the damn time, about any variety of subjects. My chosen career of writer and editor is actually pretty perfect for someone who has too many ideas too much of the time, but it can also be harmful. The problem with having too many ideas is that I can easily jump from one to the other, and still see the value in all of them.

Here’s a perfect example: About a year after I graduated college, I decided that I wanted to write a book.

No, let me rephrase that… For as long as I could remember, I’ve been one of those writers who felt like having a book published, as in something I can hold in my hands with my name on the cover and available in every Barnes & Noble, was the ultimate accomplishment. So I always knew that I would write a book someday, and sometime in 2008 I decided to try my hand at it.

Maybe it’s because I have always done well in school or because my best form of learning is in the classroom (as in, though lectures), but I signed myself up for a chick lit writing class. Chick lit, as in contemporary women’s fiction, was my primary reading at the time so this seemed fitting. I had a story in mind, and I worked on it during the class.

The only problem? Well… in a writing exercise that asked us to switch our voice either to very young or very old, I discovered that I absolutely LOVED writing young adult fiction. Shortly after, I took a YA writing class instead. In fact, I took three of them in a row in the year of 2009.

And here’s where the real problem of my life comes in: TOO. MANY. IDEAS.

When I sat down to focus on the chick-lit-turned-YA-novel story, I got another great YA idea that I became utterly obsessed with. I loooooved this new idea, and ultimately drove myself crazy going back and forth between the two. Eventually, life got busy due to a new job and a new blog (several blogs ago now) and I dropped the book.

A few years went by and I decided to write a memoir. The problem? Yup, you guessed it: Too many ideas! Because at the time I was blogging about my weight loss journey, I wanted to write a memoir about growing up overweight, going through a gastric bypass and what has happened since. But then I also had this other idea about writing a memoir about my upbringing, because I am half-Russian and half-Cuban and people’s reactions to hearing that is always “OH! How did THAT happen?!”, and make that into the next great American immigrant story.

Well… I haven’t gotten any further on either of those ideas than I did with my two big YA novel ideas.

Part of the reason for that is because life is busy and I haven’t made the time to focus on any personal writing outside of occasional blogging (that first weight loss blog led to a food blog and led to my portfolio site, which I wanted to write more on last year… and kinda sorta maybe did but didn’t). And now I’m here.

But where is here, anyway?

In a few weeks, it will be the one year anniversary of me moving out of New York City and moving back to Southwest Florida, where I grew up (more on this soon!). One of my goals when moving down here was to a) take my freelance writing career further and b) finally start working on that book again.

The only problem is I wasn’t totally sure which book. Eventually, I decided to work on Moscow Chica, my memoir and now similarly-named Medium publication and the theme of my newsletter.

But you know what happened in my mind when I finally decided to focus on this? MORE DAMN IDEAS!

I went back-and-forth for a while on whether Moscow Chica is the memoir I should focus on, or if I should still do the weight loss one first. I occasionally entertained the idea of going back to one of my YA novels and, finally after the election, I felt that the immigration story is the important one to tell at this point in history.

And I was totally happy with my choice for a while… a short while.

Then came more ideas. Last year, I tried to blog on my portfolio siteabout a project I called Map Your 30s, which was essentially a bit of what I am doing here but more focused on my age… in that I had just turned 30 and wanted to talk about all of the changes that are still happening in my life… because nothing should be “settled” by a certain age. That was a fun idea but I didn’t actually sustain it for very long, unfortunately. Again, I blame the life changes and a little bit my excitement to start (but not finish) things (more on that later too, I’m sure).

Here is where everything comes full circle.

This year, I decided that this was my #YearOfWriting and I was going to focus it on ALL THE THINGS. I planned to freelance more than ever, put a book proposal together for my memoir and so much more.

One of my biggest goals, actually, was to write for 17 different publications and I’m almost there. So far this year, I have been published on 10 (online) publications and have 5 more in the works. I’ve even got tentative pieces with two others… which would soon enough get me to my goal. So YAY for that.

This whole “too many ideas” thing is definitely good when it comes to my freelance writing career, and I think it’s one of the things that has made me a good (and successful) journalist. But the problem comes in whenever I try to do pretty much any kind of writing in my personal life.

You’ve already heard about the two YA novels and the two memoirs, but there’s more. Honestly, so much more. A few weeks ago, I wrote the beginning pages of another YA novel that a few friends saw and loved. And I also started this new blog…

That’s right, after ALL of my failed attempts at keeping up a blog (Healthy Latin Food being the most memorable), I somehow decided that it was a good idea to try one more more time and last week launched this here The Cookie Dough Life.

I’m really excited by the prospect of this blog, actually. It’s basically for me to have a fun place to talk about whatever I want… from relationships to career stuff to health and life and basically anything else I want to talk (or write) about. And that’s how we got here.

Last week, when it first launched, I explained exactly what the whole “cookie dough” life thing means. And since then I’ve stayed silent. Partially, it is because I have been afraid and unsure of what I wanted to say next. The big “Hooray I Have A New Project!” excitement wore off a little, and I am now faced with an empty blog and no content and, of course, a million ideas.

Sometimes when I have a million ideas, I jump right in. And other times, I freeze. That’s what has been happening to me for the past week, so I thought… What better way to really start this blog than by admitting to all of that mess in my head?

Since career is something that I actively plan to talk about on CDL, here it is: I’m a writer and I have too many ideas.

That’s often very frustrating, I know. Well, maybe you don’t know… but I sure do. Yet despite all of that, the only way forward is to just keep going forward. To be honest, today I don’t know what that means. I am not sure if I am going to go back to focusing on Moscow Chica or one of the YA novels or something else entirely.

I’m not even sure if this blog is going to be The One I Keep Up With Finally, or whether these are all words going into the void that will be erased from the internet in a year (in so much that anyone can ever truly erase anything from the internet, anyway).

But the one thing I know is that I have too many ideas, and I can’t wait to share them all here.

Author: Irina Gonzalez
Filed Under: Career
Tags: freelance writing, writing advice, yearofwriting
Thoughts on turning 31… and the
future of Map Your 30s blog
A year ago, I was single, unemployed, homeless, broke, fat and drunk